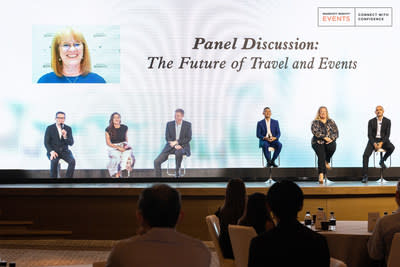 Jump from the RFP Merry-Go-Round Hotel

What Can Employers Do If Workers Avoid COVID-19 Vaccines?

For more than 530 days, the US border has been closed to travelers from the EU and UK and families and friends have been separated. And despite some harsh comments from diplomats and EU commissioners this week – who continue to pressure President Biden’s administration to open up the country – the White House has made its resistance clear.

However, there was still some promising news for future long-distance travelers: the impact of the EU travel ban on US travelers appears to be mitigated; travel restrictions are relaxed between Canada and the UK; and Quantas is preparing to restart flights between Australia and the UK before Christmas.

Australia and the UK reopen to each other

Australia has extended its travel ban for three more months until December 17th so the government can meet its goal of getting 80% of eligible people vaccinated before removing inbound and outbound travel restrictions – the UK is sending 4 million doses of the vaccine to Australia to help them meet their goals. Currently, as reported by The telegraph, more than 12.3 million people in Australia (60% of the population) received one dose of a vaccine, while 35% received two.

Despite the delay, Qantas airline said it was stepping up operations to restart major routes before Christmas. He hopes flights between Australia and the UK can start from mid-December, as well as connections to Fiji, Singapore, the US, Canada and Japan. Qantas Group CEO Alan Joyce said that “Some people might say we’re overly optimistic, but based on the pace of the vaccine rollout, it’s within reach and we want to make sure we’re ready.”

Canada and the UK reopen to each other

Canada to reopen to fully vaccinated passengers on September 7 from anywhere in the world, without quarantine, and in return, Canada added to UK green travel list last Monday.

Andrew Crawley, commercial director of American Express Global Business Travel, said the news showed “bilateral transatlantic travel has made headway.” Crawley added, however, that “the United States now remains the sole obstacle to fully returning trade to one of the busiest trade routes in the world. It’s time for the Biden administration to lift 212 (f) and take a science-based, data-driven approach to reopening international travel. The global economy cannot afford to wait.

This point was emphasized by The telegraph– he reported that after the UK decided to allow American vaccinated travelers to enter England without quarantine on August 2, bookings immediately jumped 300%.

The travel ban in the EU has been negligible, so far

While the EU has decided to remove the US from its EU-wide list of safe travelers, it is not (yet) the disaster it could be – EU countries no They don’t have to follow EU-wide recommendations – and many appear to be continuing with existing policies, for now, and still allow travel. A few have introduced new quarantines for Americans, for example Italy, while others are slowly announcing changes – Sweden has announced that from September 6 all American passengers will be banned from visiting, even those who are vaccinated.

With a few extra weeks of reliable summer weather, the move is undeniably economical, allowing the tourism industry to get one last hurray from American tourists before threats of rising infection rates during the colder months die down. confuse once again.

Many diplomats have spoken this week about maintaining the US travel ban for travelers from the EU and the UK:

… but the White House stood firm

White House Press Secretary Jen Psaki was requested again on Wednesday, if there was any news on when the ban on travel to the United States could be lifted. The answer was clearly no, that the policy remains unchanged for now, although there has been some recognition from divided families and friends: this is something that has an impact on many people around the world. .

The White House announced in June that it had set up task forces to analyze when borders could be reopened with Canada, Mexico, the UK and the EU. Psaki made it clear on Wednesday that any policy would make vaccination a prerequisite for inbound travelers from outside the United States.

Previous Norseman Silver Inc.Announces Grant of Options
Next The threat of the illiberal left